The Viennese/ Austrian View of Death and Dying

Note: I wrote this in 2011 after living in Vienna for only about a year.

The Viennese (and some other Austrians) have a weird fascination with death.  I asked Alex about this early on when I kept seeing these little Mom and Pop shops around the city that sell funeral urns.  Of course everyone knows that death and taxes are inevitable parts of life, but it seems like Austrians (or maybe just the Viennese) actually look forward to it. Alex explained it this way, ‘They just think, well, let’s just get this unpleasantness over with.’  Unpleasantness–as in life! A very un-American concept.

We recently visited a very small, old Jewish cemetery in downtown Vienna. The cemetery was located in the backyard–seriously–of an old folk’s home. We had to walk through the home to get to the cemetery. The gravestones were about 10 yards (about 9 meters) from the back deck.  Alex saw nothing unusual about this.  I said, ‘Um, this would NEVER fly in the U.S.  I’m sorry but do you really want to remind the elderly that their next stop–their final resting place– is just feet (meters) away from where they are enjoying their tea and Apfelstreudel?’

One of the residents is pictured below, sitting on her porch on a nice day, apparently not at all bothered that in mere days /months (possibly years) they could dig up the earth just a stone’s throw away to lay her six feet under.  (Ok that isn’t realistic because I believe this is the oldest Jewish cemetery in Vienna, but still)… a daily reminder of your next stop.  Again..this would NEVER FLY IN THE U.S.!

This is what she sees (below). I wish the above picture was better–i found it to be just priceless. 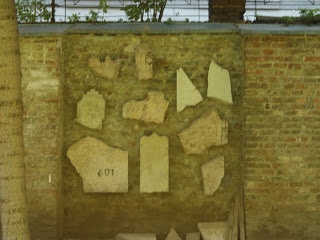 Some of Alex’s relatives who are relatively young (excuse the pun) have already planned their funerals. In detail. It is actually very common; it is seen as in bad taste not to do so.  You want to be remembered favorably, and one way to do this is to throw a great party. Of course you never leave someone else to do the dirty work of planning or paying–especially not paying–for your funeral.  That would be very impolite.  And the Viennese are all about politeness (even while they can be pretty unfriendly. Unfriendly, yet rarely rude).  Austrians know that at a good funeral they can expect a brief ceremony, a nice meal, some good wine, good times. A nice, polite day. It all seems rather British to me.

Some Fun (and not so fun) Facts:

• In the last few years, Vienna has often been named in surveys as the best city in the world in terms of standard of living. (As of 2019, it’s now 11 years in a row).

• Paradoxically, Vienna and another city in Europe (it is escaping me right now which one) have the highest suicide rates in Europe. My German teacher told me so, so it must be true. 🙂

My theory is that the suicides all take place in November and December, WHEN THE SUN NEVER SHOWS ITS FACE.  But that is for another blog post, that I will probably name, ‘Kill me if the sun doesn’t come out soon.’ But first I need to get my funeral plans in order.